October has been designated National Kitchen & Bath Month by the National Kitchen and Bath Association (NKBA).  As a proud member of the NKBA, Kingston would like to highlight a kitchen and bathroom remodel to inspire our homeowners and inform them of the importance of our design-build process.

This kitchen is lacking natural light and storage space. There is poor traffic flow and entertaining is difficult because the kitchen is closed off from the living area. 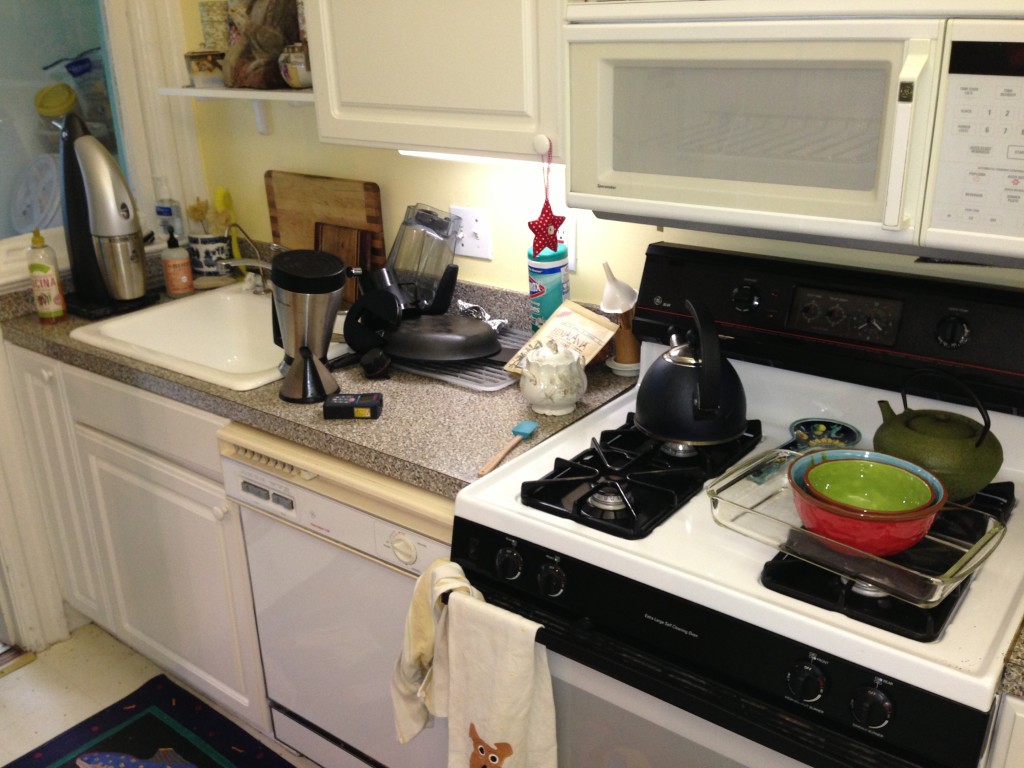 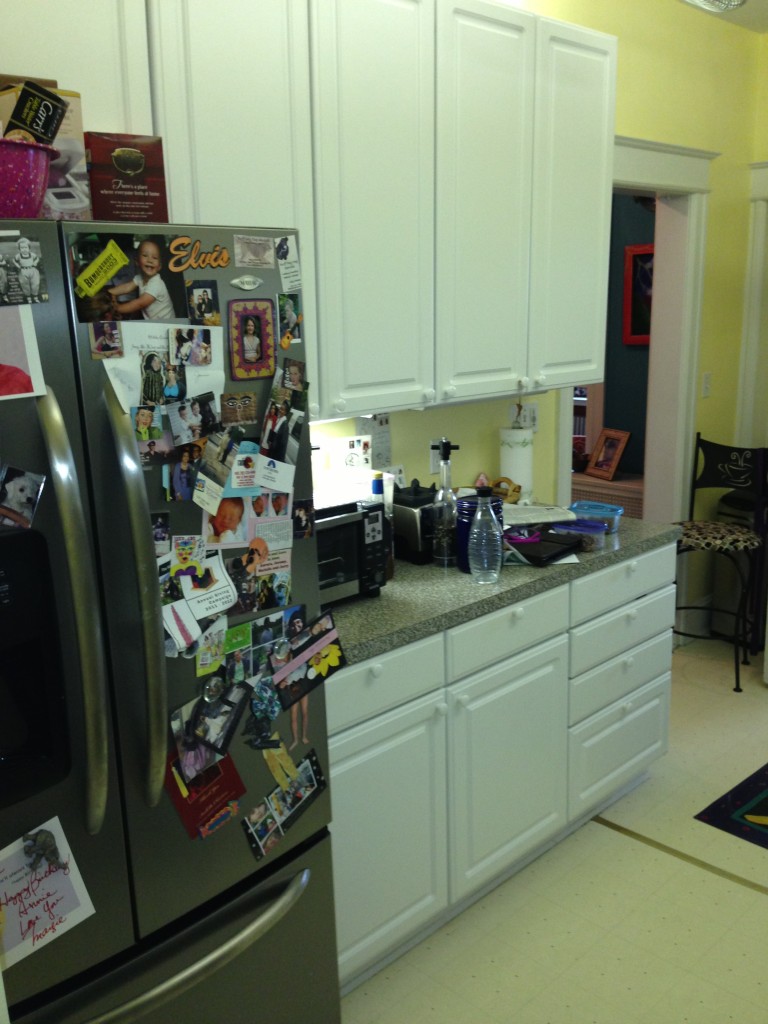 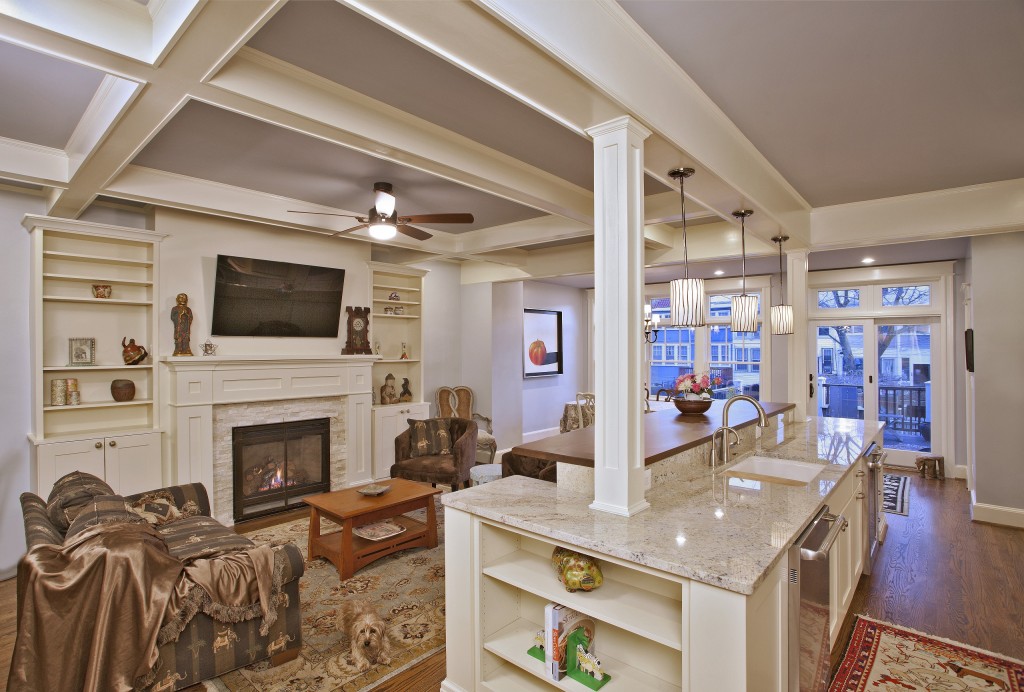 Kingston removed two load bearing walls to allow for a generous open space to elimate traffic flow issues.  The beams required to replace the load bearing walls were designed into a coffered ceiling, enhancing the architectural beauty of the home. The cabinet layout was carefully designed to wrap the beam which is supported behind a pull out pantry. 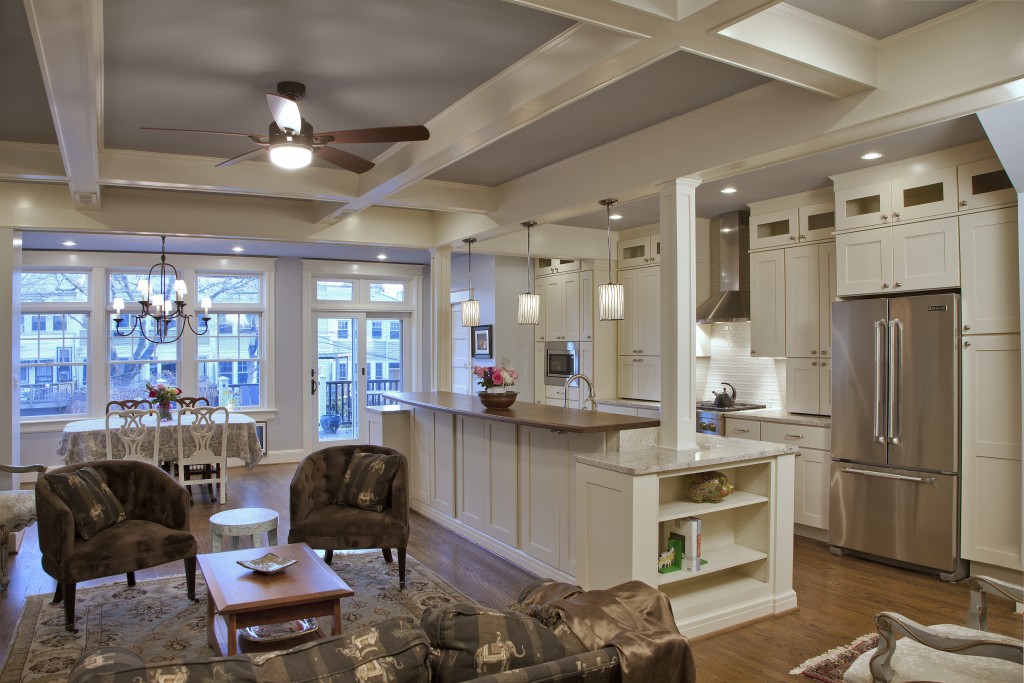 A wealth of easily accessible storage and counter space was designed into the generously sized island. 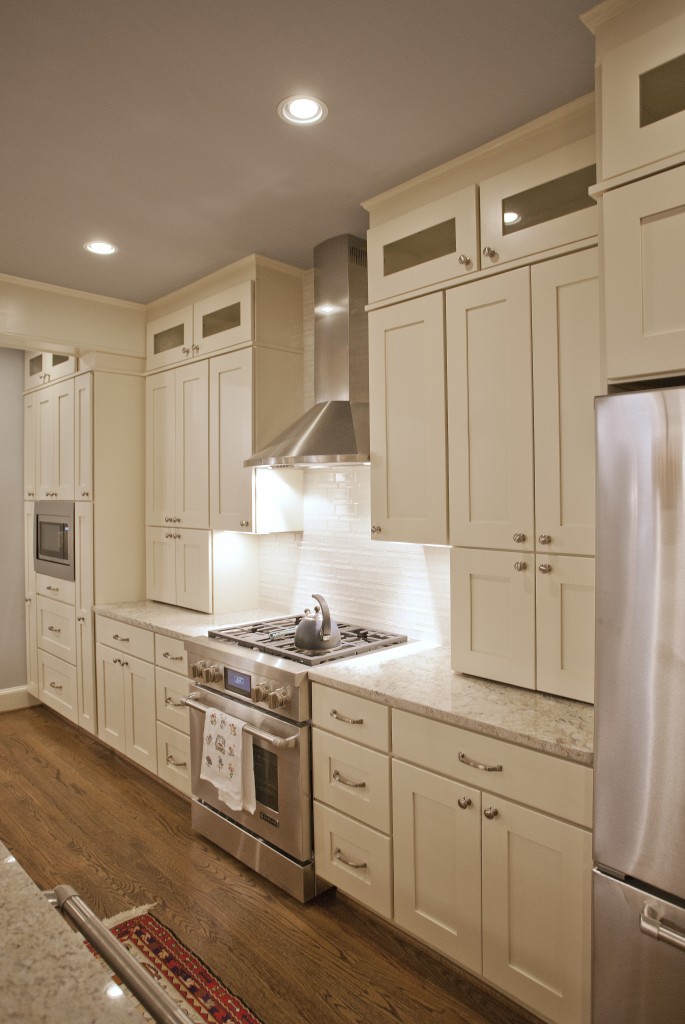 A soothing color scheme was selected and the new millwork was painted to match the cabinetry.  Appliance garages with hidden GFCI outlets are flanking the new range. 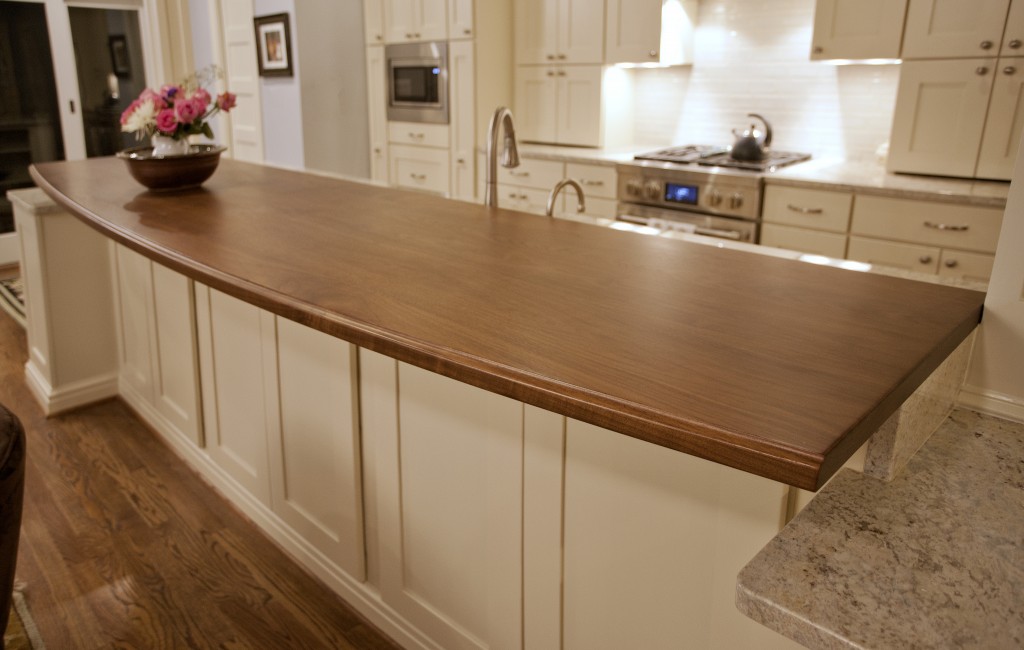 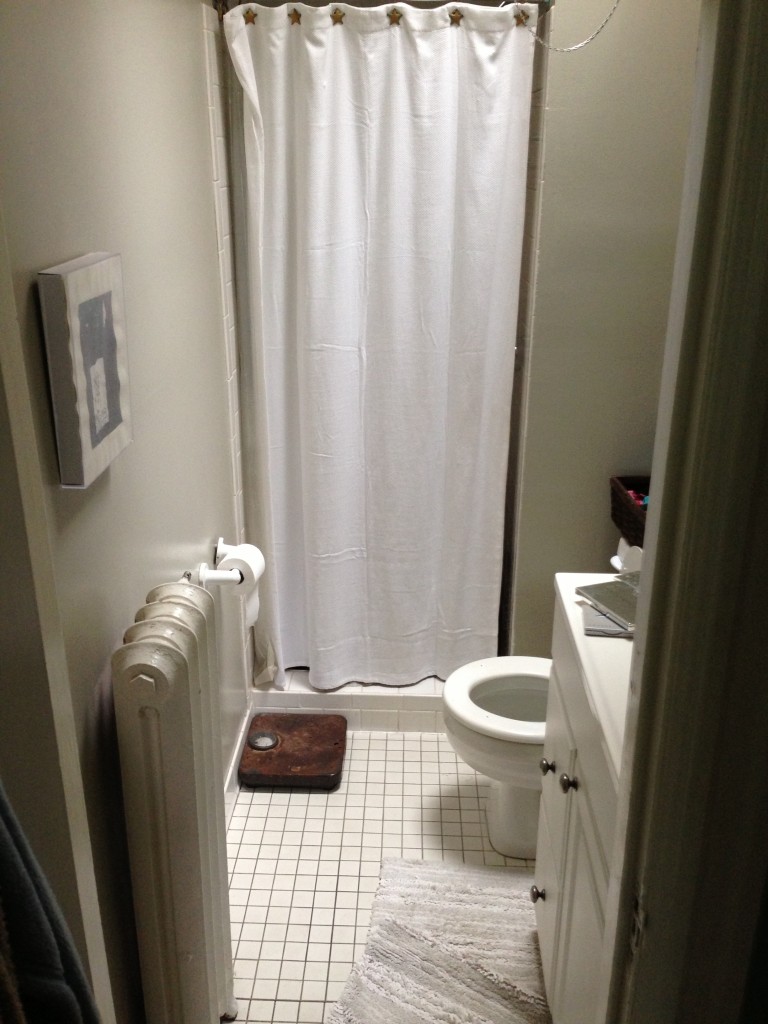 This master bathroom was dated, too small for the homeowner’s needs, and had poor lighting and insufficient storage.  Valuable floor space was taken by an awkwardly placed radiator. 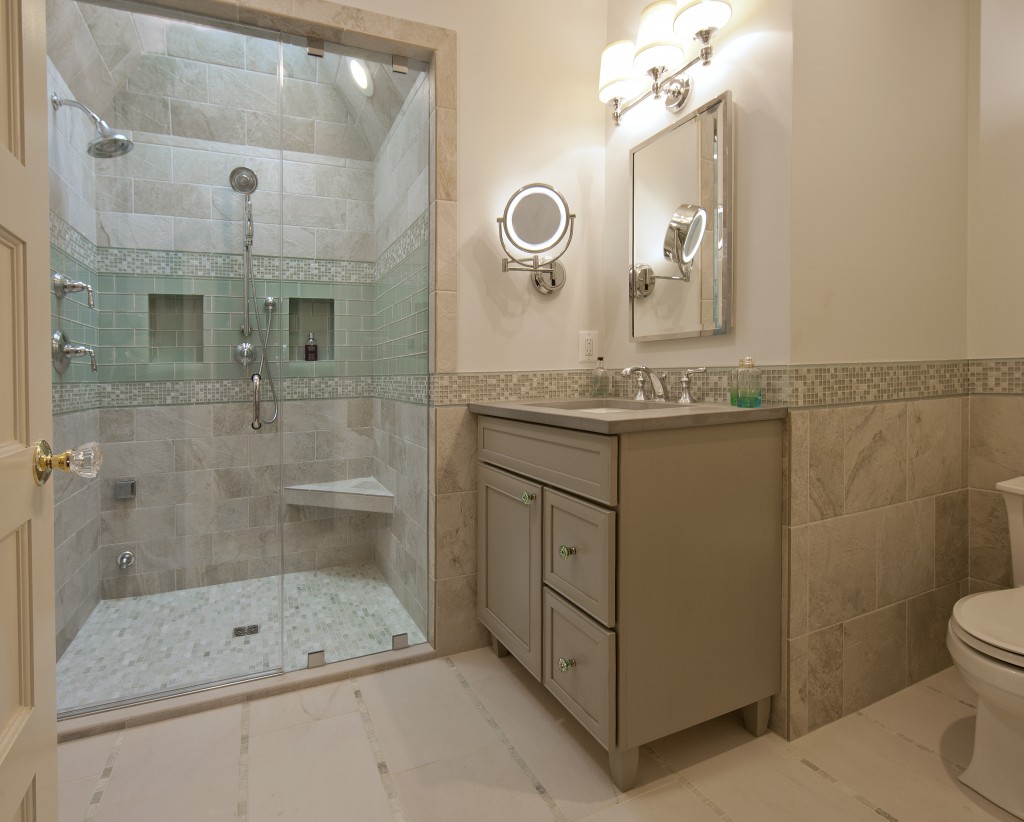 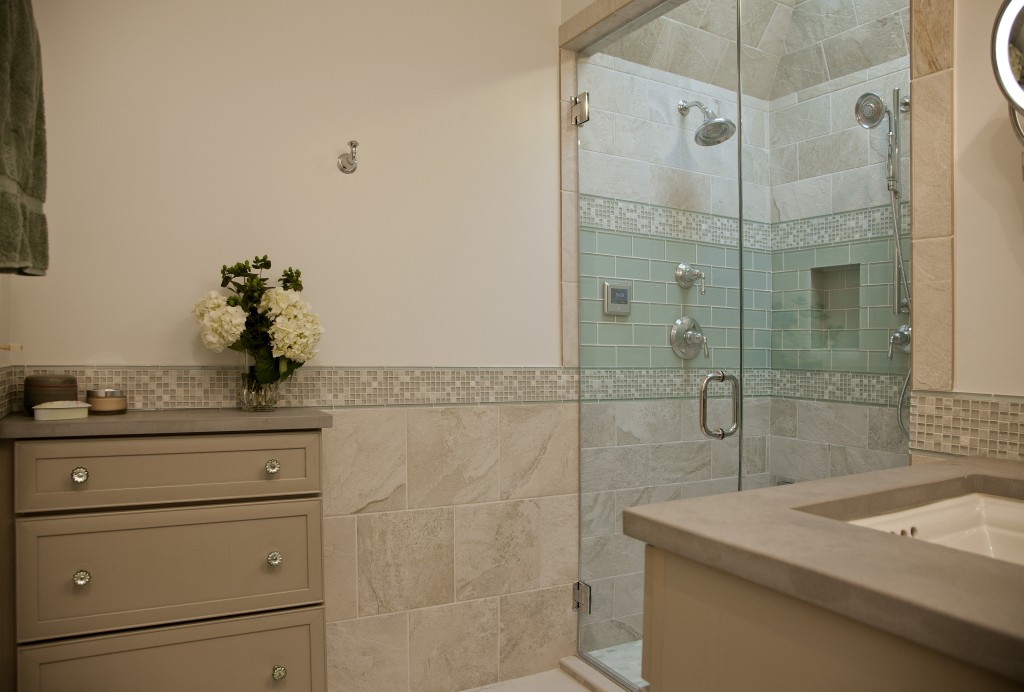 To free up space, the radiator was removed and replaced with electric floor heat. Additional storage was provided with a custom drawer base pocketed into the wall. 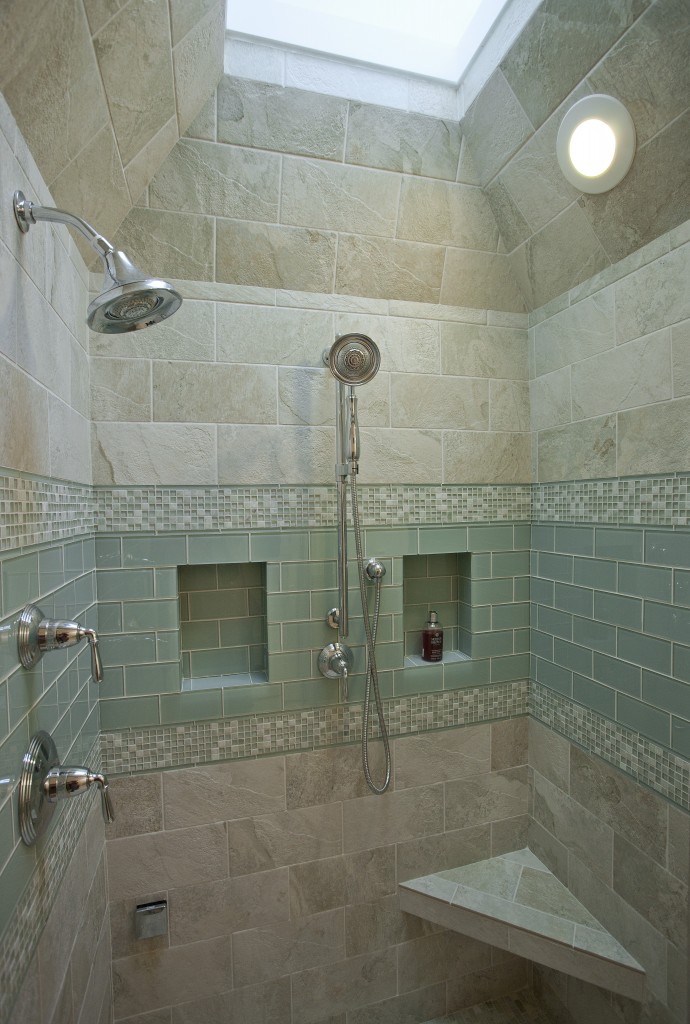 The new layout allowed for a larger walk-in steam shower.  An existing skylight was relocated to the center of the shower and redesigned within a pyramid structure to allow water condensation to roll towards the wall. 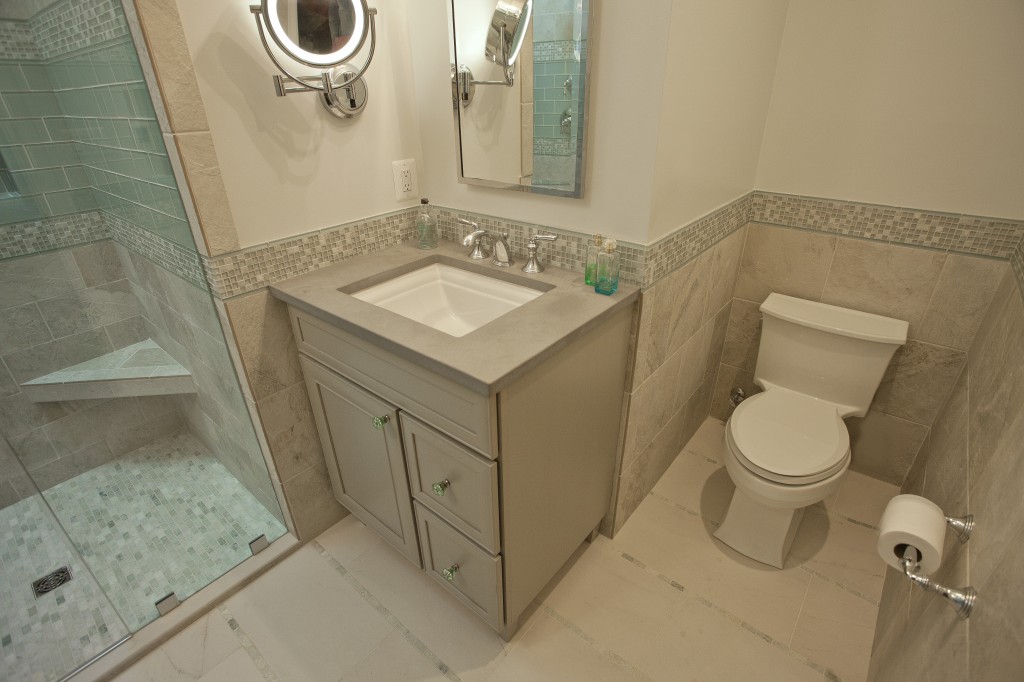